The Beekeeper - Why not copy from nature?

Once upon a time, there was a 15-year-old boy by the name of Andy living in a small village somewhere in Germany.

His father had a unique hobby. He was a Beekeeper. Taking care of about 15 beehives also called colonies.

The boy regularly joined his father to attend to the bees. Not because he wanted to but because his father asked him to.

On his 16th birthday, his father asked Andy whether he would like to take care of one beehive all by himself. Then sell the honey and keep the money. Greedy and somewhat curious to see whether his beehive could deliver as much honey as his father’s beehives he enthusiastically agreed.

Every few days Andy opened up his beehive – that time it was no longer a hive but a wooden box inside a “bee’s house” with many beehives to see how his bees were doing. 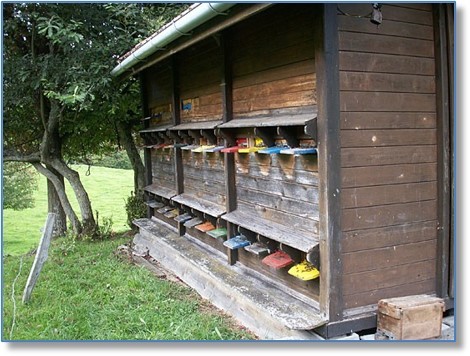 Andy was amazed by the hum and busyness in the hive whenever he opened the lid.

He was mesmerized by the sweet fragrant smell of the honey wafting up from the hive.

Of course, sometimes it was also a bit painful when he got stung, but Andy knew that it was always his fault because the common honey bee is not aggressive. She only stings in self-defense.

During those regular visits, he frequently observed the Bee’s secret for success.

Because honey bees are social insects they have to communicate with each other. And they can. Through odor cues, food exchanges and certain movements.

Their famous waggle-dance is the only known symbolic language that exists outside the realm of humans and lower primates. It’s one of the seven wonders of animal behavior.

Based on the waggle-dance communication the worker bee colleagues do know exactly where to find the source of that golden honey without flying around aimlessly. They make a beeline for it.

All of the worker bees are self-organized in that way. The queen is not telling them what to do. Nor does the beekeeper have to give them an elaborate strategy talk at the beginning of the season. The worker bees simply get it communicated from one generation to the next. They know exactly what is expected of them.

Their mission is clear: Bring home as much honey as possible for the well-being and survival of the entire colony over the next winter. They are inspired by that mission.

And they fulfill that mission by boundary-less communicating with each other. They trust each other.

It is almost as if the colony of ten thousands operates as one homogenous being.

So, at the end of the season, Andy checked his colony’s harvest against the average weight of honey his father’s colonies produced.

His father had more. Disappointed Andy thought to himself that experience must have made the difference.

His father, however, said: “Son, the bees do know what to do. It was not necessary for you to check on them so often. Every time you opened the lid to check on them, you disturbed their business, you micro-managed them and caused them stress which might have resulted in them being less productive.”

When it comes to working as a team bees really are the best.

There are many aspects we can learn from the bees in how they have managed to organize themselves over all those million years of change?

Like how we can manage the bees – sorry people - in our organization.

In a beehive, every single bee is inspired and engaged by a purposeful mission …

And if a bee doesn't do their part, they get kicked out of the hive. 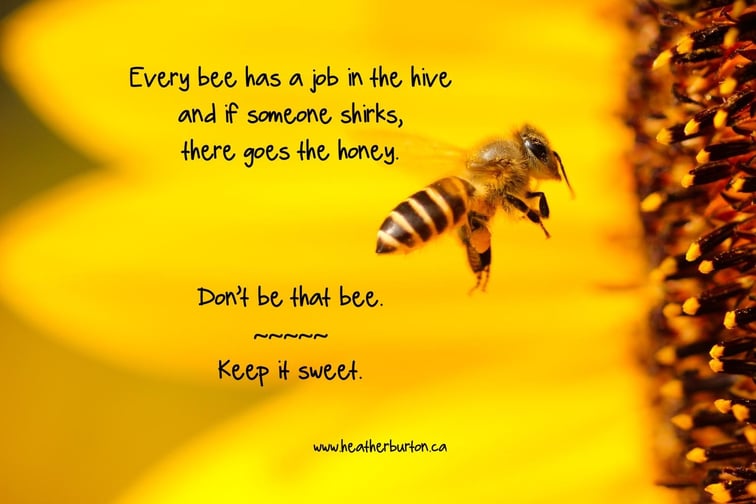 In case this story made you curious about what else leaders could learn from the bees check out this article:

Why the Whole is Smarter than its Parts

Your Guide to Internal Communications and Employee Engagement

Stay on top of Industry Trends and gain insights

Subscribe below to not miss any of our blog posts.